You are here: Home / History of Greatham
Main content

The earliest known documented evidence of Greatham can be found in the Doomsday survey book of 1086, where the Manor of Greatham is mentioned – at the time, it then belonged to William the Conqueror, and was part of the area of hunting land now known as “Woolmer Forest”.

Despite this, pre-historic implements have been found in the area and carbon-dated to around 4000BC. Stone Age and Iron Age artefacts have also been discovered and there are tumuli and barrows in the area. Longmoor Camp dates back to Roman times, and is located on the intersection of three Roman roads. 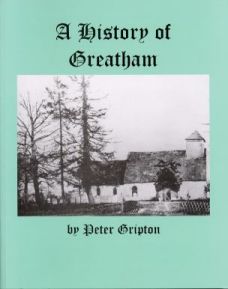 In 1066, this region was called Terra Regis (Latin for land of the king) the Manor house was then owned by Queen Edith, in the reign of Edward the Confessor. By 1086, the name had changed to Greteham, then in 1167 to Grietham and in 1235 to Grutham. All these names come from the old English (Anglo Saxon) Greotham, meaning literally, a gravel estate or farm on gravel. It can be seen that from the 11th century the name has hardly changed.

Records exist of another manor house in 1286. About four years later, in 1290, the old church was built. This is the oldest edifice in and contains the tomb of Dame Margery Caryll, who died in 1632. In Greatham church, there is a Yew tree with a diameter of over 21 feet, and is estimated to be over 1000 years old. In the 16th and 17th century many large Oak trees were felled in this area to build the great ships, including those that fought in the Napoleonic wars.

Around 1867 the population of Greatham was 212. In the same year, a hoard of roman coins, bronze swords and spearheads were locally discovered. Many residences in the village can be traced back hundreds of years and are noticeable by the use of the local ‘ironstone’ in their construction.

Victorian times revolved around the church and Greatham church was central to the activities 1903 saw the military camp established at Longmoor, as a school of instruction for the mounted infantry. Letters exist, written by the Rev F Bryans, relating how stricken he was that a second Aldershot was about to be built on the heath land. He was convinced that the licentious soldiers would do great harm to the village, particularly the females, and so, a Lych gate was built in 1906 to commemorate the Queens Silver Jubilee. Around this time, the population had increased to 1770 with 1197 of these being military personnel. ln 1911, the old school was built.

Around 1906, the Army needed to move some huts from Bordon to Longmoor Camp and decided to build a railway to do this. The exercise was so successful, that it was decided to use the railway to train military personnel how to build railways to move artillery to the front line when fighting wars in foreign countries. Over subsequent years, the railway was extended such that it eventually ran from Oakhanger to Greatham and on to Liss to join with the BR mainline railway at Liss railway station.

The only military railway in Britain, the Longmoor Military Railway closed in 1969. During that time and after it was closed, the railway was used in the making of many films, including The Great St. Trinians Train Robbery, Bhowani Junction, Young Winston and some Hitchcock Films.

During 1917/18, some four hundred soldiers died due to the influenza epidemic. These are buried at Bramshott.

Copies of this book are available from Don and Susan Jerrard (telephone 01420 538392) in return for a £10 donation to St John’s Church, the Old Church, the Greatham Amicable Charity or Greatham Village Hall.

Meetings are held in the village hall and start at 8pm.

Download
Parish Council Meeting will be held on Wednesday 14th September, 2022 at 8:00 PM

Meetings are held at the village hall with a start time of 8pm.